Code of Conduct for Spectators

Children in NAAS AFC are entitled to:

Children should also be encouraged to realise that they also have responsibilities to treat other children, fellow players, coaches and volunteers with the same degree of fairness and respect.

Children in NAAS AFC should not:

In NAAS AFC we want children in NAAS AFC to have fun and develop skills in a safe and Fair Play environment where standards of behaviour are just as important as winning.

We recognise that competition and winning is an important goal, but winning at all costs does not meet the needs of young players.

NAAS AFC are aware that recent research would suggest that increasing numbers of children leave sport between the ages of eight and thirteen. A number of the most common reasons given were; that sport was no longer fun, they did not get to play and overemphasis on winning.

Therefore we have to make every effort to ensure that we keep a balanced approach to competition, make sure all players get a chance to play and strive to keep the fun in soccer.

In promoting “Sport for Fun” we in NAAS AFC will insist on:

In keeping children and young people at the forefront of planning and practice, our coaches can be confident that participants will enjoy their football experiences and that their actions are regarded as safe and in keeping with the principle that the safety and welfare of children is of paramount consideration.

Our Coaches are given a position of trust by parents/guardians and players, and are expected to operate to the highest standards of behaviour whilst in the company of under age players (under 18years). Our coaches are also expected not to engage in any activity that could reasonably be viewed as bringing the club or soccer in general into disrepute.

Most coaches work in an environment where it is recognised that, in a sporting context, certain types of coaching require a ‘hands on approach’, i.e., it may be necessary to support a participant in order to physically demonstrate a particular technique. This should only occur when necessary and in an open and appropriate way with the knowledge, permission and full understanding of the participant concerned and his/her parents/guardians.

Coaches must realise that certain situations or friendly actions could be misinterpreted, not only by the player, but by outsiders motivated by jealousy, dislike or mistrust and could lead to allegations of sexual misconduct or impropriety. Therefore coaches should be aware of, and avoid all situations conducive to risk.

Where possible, our coaches/volunteers should avoid:

Coaches have a responsibility to ensure the safety of all players possible within the limits of their control. Therefore, coaches should seek to create a safe and enjoyable environment in which to play and train.

It’s what we love most about this weather. 👌🏻☀️☀️Late evening games. This evening our U-17’s are having a friendly training game against our U-16’s. Here’s our U-17’s getting loose and warmed up under the watchful eye of top coach P. Scully. ⚽️👌🏻 #wearenaasafc ... See MoreSee Less

Our U-14 crew are on the look out for some new players? ... See MoreSee Less

🎊🎊🚨🚨WINNERS ALERT🚨🚨🎊🎊Nathan Flaherty won two weeks running so he’s €100 in the black and Melanie A is this weeks winner of €50.Join up here and you could be winning €€€€ with the Naas AFC LOTTO: www.ourgrassroots.ie/club/naasafc ... See MoreSee Less

Super two days of FAI Coach Education with Pat Behan & Graham Kane of the FAI with our brilliant Naas AFC soccer coaches and players. Huge thanks to the young players that took part in the session you were brilliant and a credit to the club @FAIGrassroots @FAICoachEd @naasafc

Superb result for @KlubKildare today. To beat a club like Cork City in a final shows the incredible work being done there. First of many trophies for the club! https://twitter.com/SSEAirtricityLg/status/1457391856266919943

REACTION 🗣️ | Chris Spain reacts to his @KlubKildare side winning the U15s Shield, fantastic achievement for the club! 👏 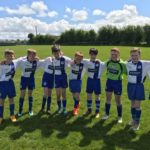 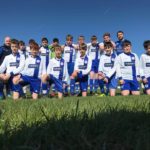 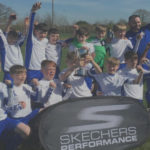 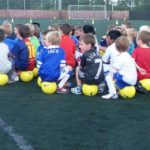